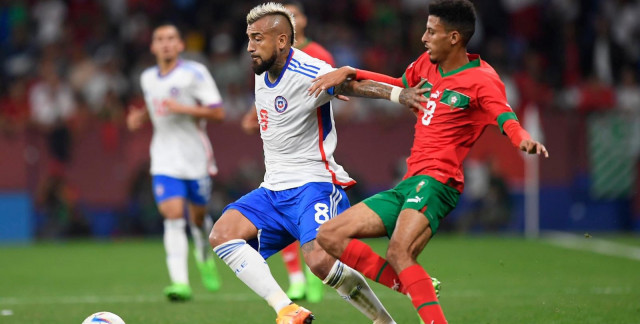 The Atlas Lions have perfectly launched their preparation for the 2022 World Cup by dominating, this Friday, September 23, Chile (2-0). Sofiane Boufal first converted a penalty (65th) before Abdelhamid Sabiri doubled the bet (78th). A successful first for the new national coach Walid Regragui.

The Moroccan football team won against its Chilean counterpart by 2 goals to 0 (half-time 0-0), Friday evening at the RCDE stadium, in Barcelona, ​​in a friendly match.

The goals of the Moroccan selection were signed Soufiane Boufal on penalty (66th) and Abdelhamid Sabiri (78th). This is the first match of the Atlas Lions under the leadership of their new coach Walid Regragui, appointed at the end of August.

The Moroccan selection will find, next Tuesday in Seville, its counterpart from Paraguay in a friendly.

These two meetings are part of the preparations of the Moroccan selection for the 2022 World Cup in Qatar.

During the final phase of the world, the Atlas Lions will play in group F alongside Belgium, Croatia and Canada.

South Sudan restores the truth and reaffirms its support for Morocco, H24info