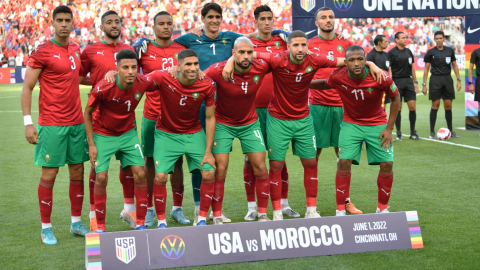 As announced by Walid Regragui yesterday at a press conference, Hakim Ziyech will start against Chile this Friday in a friendly. Here is the starting lineup of the Atlas Lions.

For his first outing at the head of the Atlas Lions, Walid Regragui chose a starting lineup that mixes ghosts and executives.

In the cages, Yassine Bounou who returns from an injury contracted last weekend with his club, Sevilla FC.

The midfielder is made up of Sofyan Amrabat, Azzedine Ounahi and Selim Amallah.

Below, the composition of the Atlas Lions:

Morocco and Saudi Arabia set an ambitious trade target: 5 billion dollars in trade to be reached in 5 years